We have slowly been updating this bathroom since we moved in. Now, almost 5 years later, we are almost done! We still have the floors to do, but I decided to share our progress anyways.

First we painted it – it was an awful yellowish/orange colour when we moved in. Unfortunately I didn’t take a picture of it before it was painted, but this is what it looked like after we painted it. We had also added a curved shower curtain, which really opened up the shower space. 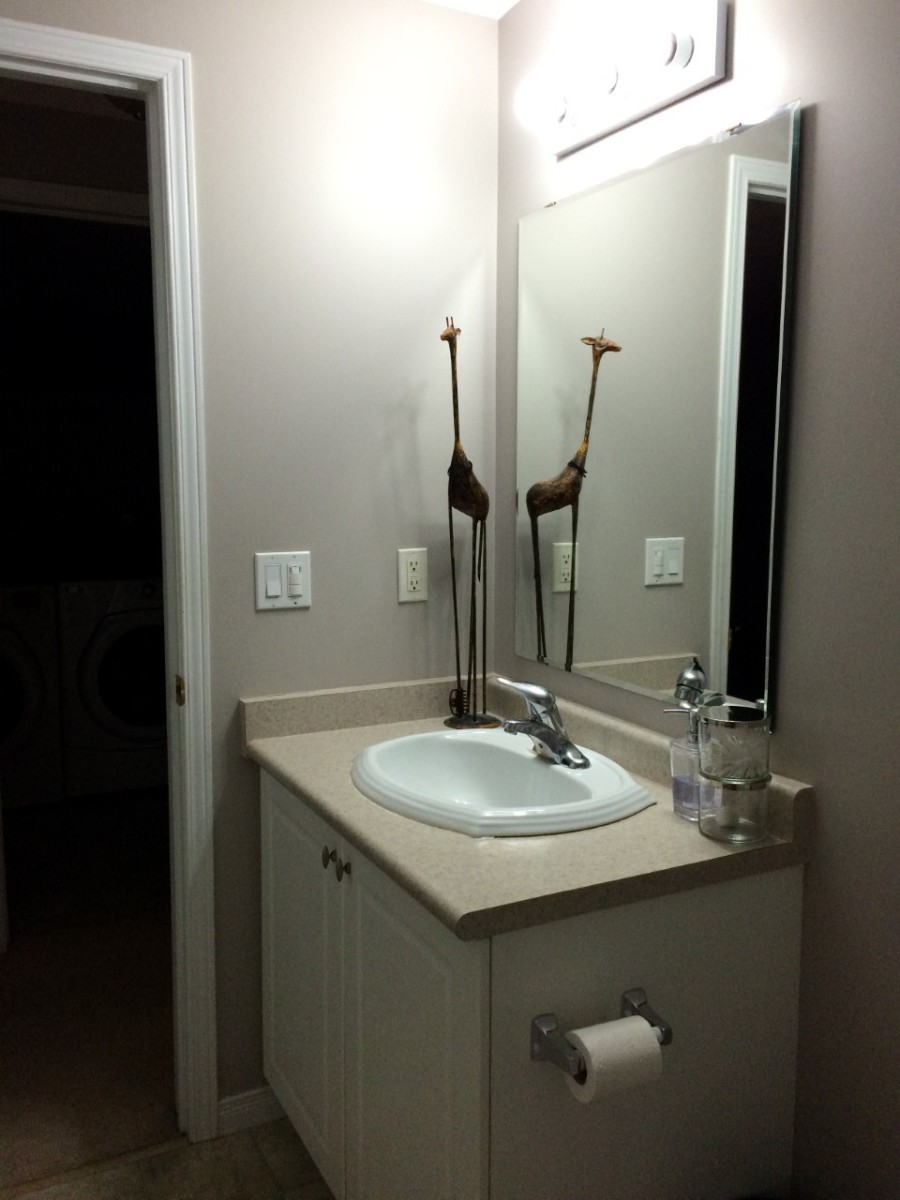 I didn’t like how small the vanity was. It left a ton of wasted space between there and the toilet, so our next step was to replace it. Since my husband does renovations for a living, he was able to get one second hand from one of his customers who was renovating their bathroom and no longer wanted the old one.

We also replaced the counter top and the sink. I found this handy little tray at Winners to store some of the things that I use daily. 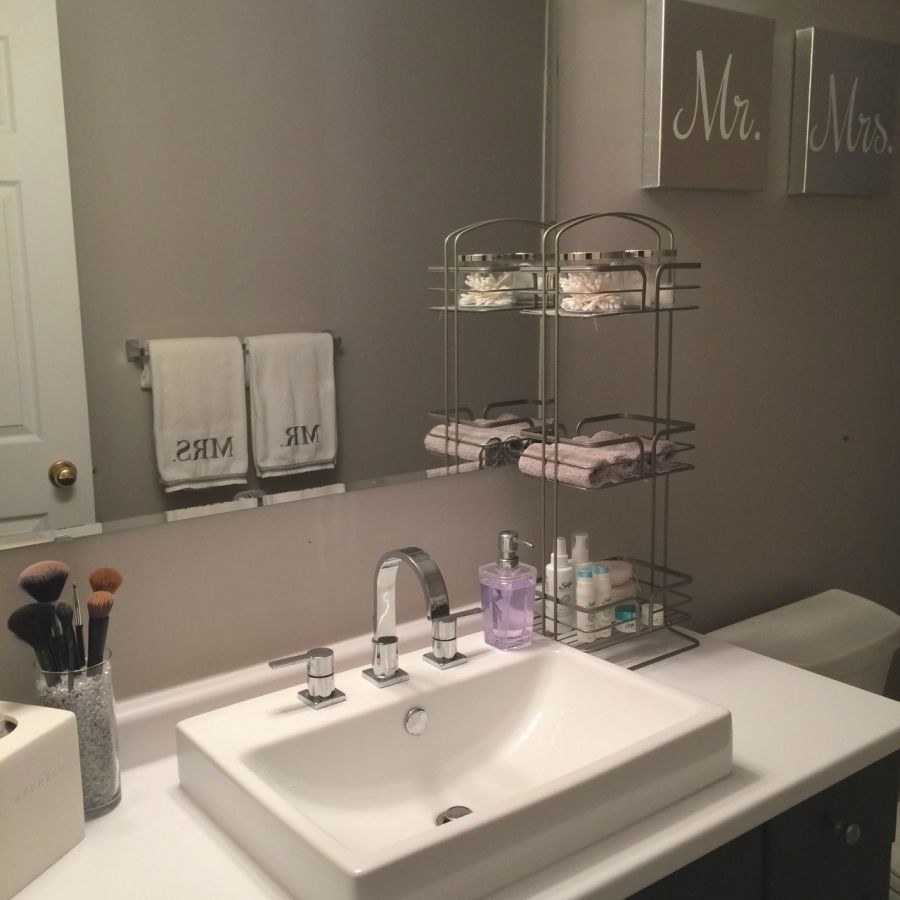 Since then, I added new knobs to the vanity to dress it up a little bit. We also added a shelf above the toilet for some added storage and decor, and I switched out the shower curtain.

Now for my favourite part! When we found out we were expecting a baby, we decided that the tile in the shower needed to be replaced. We could tell that it was rotting out behind the tile and I wasn’t about the bathe a baby in there! I also wasn’t a fan of the ‘Jacuzzi’ tub. Since we never used the jets, they got gross very quickly and were a pain to clean.

**ALWAYS USE A TRUSTED CONTRACTOR WHEN RENOVATING** When my husband ripped out the old tile, the bottom of the wall was completely covered in mold because it was poorly installed. Before installing the new tile, he used all the right products to ensure that it would be completely waterproof. This step cost quite a bit of money but was well worth it.

I absolutely love the way the tile turned out, and I think it really brightens up the space! 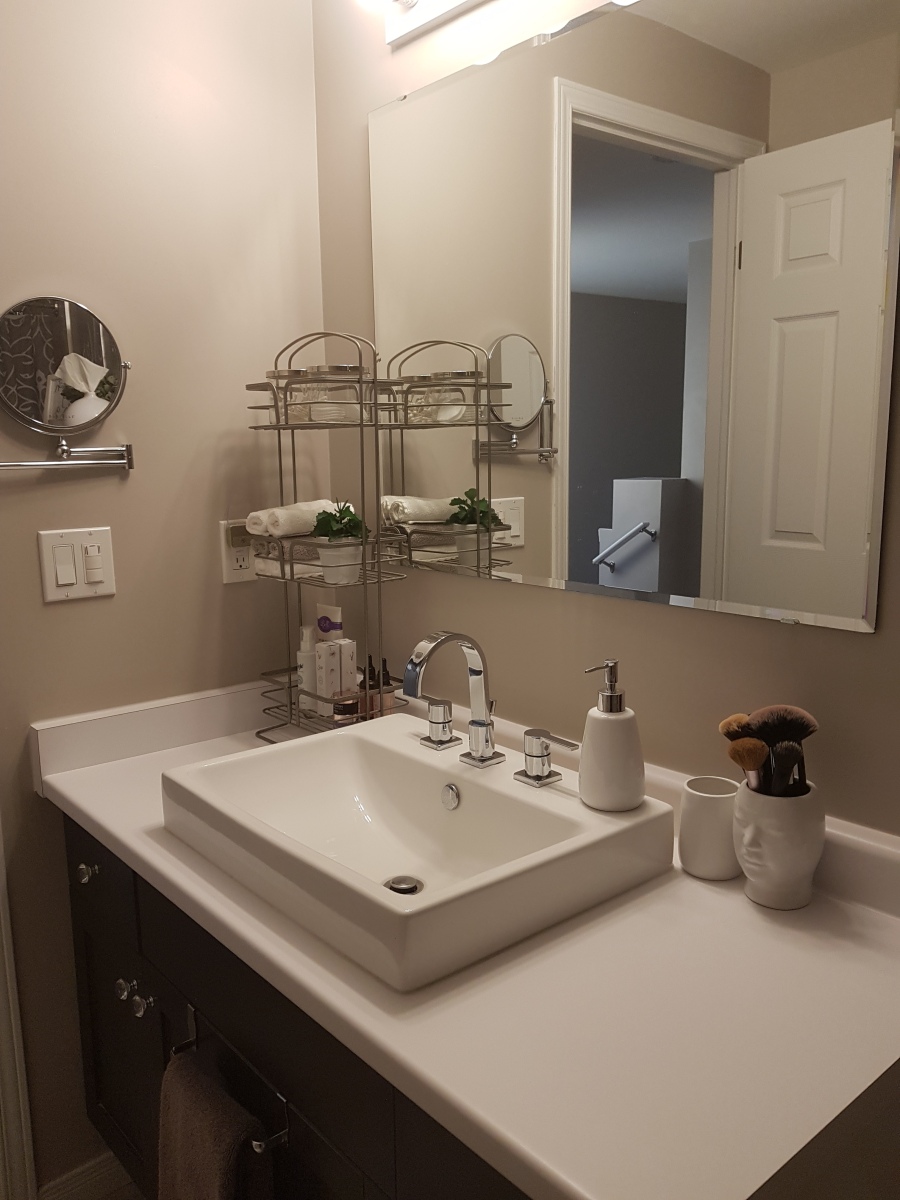 Our next and final step is to replace the flooring, which we plan to do before the baby comes!